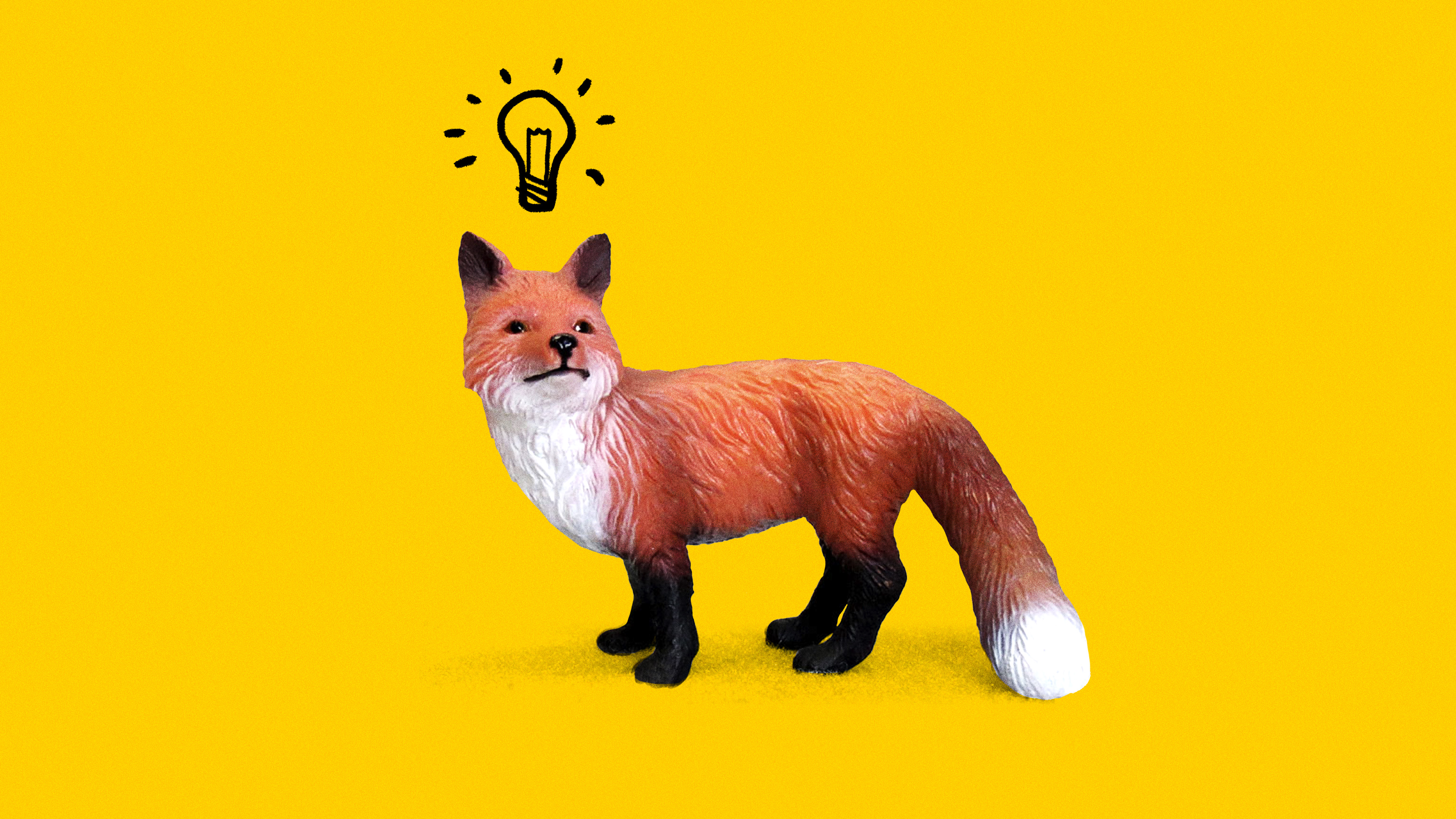 13 Sep Ecology, Deception, and My New Book on the Other Side of Design

Posted at 17:19h in The Future of Work by The Design Gym 0 Comments
0 Likes
Share

The evolution of design into its human-centered form has undoubtedly resulted in substantive improvements to the human condition. Focusing designers’ efforts on serving the needs of real people has in many cases prompted greater attention to the long-term, often unintended, effects of design decisions and has helped facilitate discussions around the nature of real needs versus corporate-influenced needs.

As much as design thinking and human-centered design, in general, have contributed to our well-being, it has also contributed to an erosion, or at least a continuing stagnation, of our ability to think ecologically. By “ecological,” I do not mean the environment (although, that is a part of it). Thinking ecologically is the ability to see systems, to see how components and variables in a system affect each other. In the context of design, this means realizing that the human is not always at the center.

I see a tension in design. Many designers have accepted, even if only implicitly, that human needs should outweigh business needs. Even if this view is sometimes distorted into telling clients things like, “solve human problems and you’ll sell more stuff,” it’s at least a start. What designers have a harder time accepting, however, is that the human is not at the center of an ecology—a view that has resulted in some of the most destructive design decisions over the last several hundred years. The center of this myopic approach is the assumption that design is inherently benevolent, which actively ignores its manipulative and deceptive qualities, ultimately stunting the ability for designers to think critically about their work and their role in shaping realities.

The Deceptive Nature of Design

I have spent the past few years thinking about this tension, collecting my thoughts in articles, presentations, and my second book, Persistent Fools: Cunning Intelligence and the Politics of Design. The basic argument is that design is inherently deceptive insofar as it creates artificiality and shifts our notion of what is “real” or “natural,” despite these concepts being difficult, if not impossible, to sufficiently define.

A field of corn, for example, is a domesticated wild space designed to support a stagnant human population, as opposed to the more “natural” state of nomadic gathering and hunting. A chair is a piece of artifice designed for us to sit more comfortably than our “natural” position on the ground or a rock. In this way, these designed artifacts trick us into eventually thinking that their existence is the natural state of things. They hide behind themselves, but are so paradoxically ubiquitous that we forget that the entire world is now designed.

Design is, by definition, artificial. If we can learn new skills and approaches to dealing with artificiality and subtle deception (or what Vilém Flusser would call patient manipulation), we can be better equipped to handle the complexity of design, including how to think on an ecological scale.

One way to think about design is the strategic manipulation of the natural world for the end goal of innovating new technologies rather than adapting to a given environment. I do not only mean the digital technology with which we are inundated today, but also more mundane, foundational technology like fire. The Prometheus myth illustrates this conception of design and technology (and fire), along with the connection to deception.

Prometheus is famous for stealing fire from the gods and giving it to humans, but he was also instrumental in teaching humans how to use trickery, deception, and design to make up for their inherent flaws. Without going into all the details, Prometheus tricked Zeus into choosing undesirable parts of a sacrificed animal by arranging those parts into a sculpture and hiding the desirable parts under the animal’s entrails. Zeus is tricked into choosing the bones and tendons of the animal because they were arranged in a certain way (i.e. the arrangement was designed). Zeus then gets mad, takes away fire. Prometheus steals it back, and Zeus punishes him in classic Greek style by chaining him to a rock so a giant eagle can eat his liver.

The Prometheus myth wonderfully illustrates what Vilem Flusser points out in his essay on the word “design:” a link between design and cunning intelligence. Design is a deceptive act. No matter how good a designer’s intentions are, the act of design introduces artificiality into the world; something is always manipulated, something is always bent to the will of another. We can see this in obvious examples like dark patterns and manipulative architecture, which immediately jump out as some of the worst instances of malevolent design, and in designs that we don’t often see, but, nonetheless, shape our lives in intimate ways, such as the apparatuses of industrial agriculture and corporate sponsored oil pipelines.

All design is manipulative and deceptive, not just those designs that are obviously harmful. Even the warm-and-fuzzy designs that “make the world a better place” have a dark side. They have unintended consequences, subtle messages that permeate through culture, and effects on ecosystems that we cannot always predict. Returning to the cornfield cited above, agriculture began as a way to increase food security, but some argue that it also lead to conceptions of private ownership, warfare, and unsustainable concentrations of humans in a confined place.

The inherent deceptive quality of design contributes to the most unsustainable aspects of culture, but it might also be the means working toward more sustainable, socially conscious futures. The poison is also the cure. And if designers have as much influence on the world as we think, we also have a tremendous responsibility to explore as many pathways toward equitable, resilient, and socially responsible futures as possible.

The key assertion I make in Persistent Fools is that the cunning intelligence of the trickster, although ethically ambivalent in and of itself, can serve as a framework for new forms of design that resist, or at least are not dependent upon, the hyper-rationalistic logic of capitalism. Think of some wicked problems: wealth inequality, food insecurity, poverty, gender discrimination, pollution, just to name a few. All these issues can be traced back to the rational logic of capitalism, which holds that complex social systems can be reduced to simple models and mathematical equations that prioritize economic prosperity over all else. This type of thinking leads to devaluing community, solidarity, and equality. Capitalist rationalism needs to be challenged, and I think the trickster’s use of cunning intelligence is one source for new approaches to sustainable systems thinking.

The trickster character operates through a mix of cunning, radical adaptation, fluid identity, and mischief to deceive and get their way. Prometheus was able to trick Zeus because of his cunning design. Tricksters originate in Ancient Greek and Roman mythology with characters like Prometheus and Hermes, and the archetype has lived on through literature and film to modern characters such as Q from Star Trek: The Next Generation, Bender from Futurama, and Tyrion Lannister from Game of Thrones. While the details of these characters are vastly different, common traits revolve around the use of cunning intelligence—along with adaptation, fluid identity, and pranks—to achieve their goals. They use their cleverness to sidestep opponents and achieve higher ideals of which they might not even be aware.

Within a design context, the common mode of thinking is based on rationalism: we see a problem and attempt to solve it, reducing highly complex variables to an almost formulaic approach. Meanwhile, species are dying off every day, polar ice is melting, police are killing with impunity, 5 men own more wealth than half of the world, racism and fascism are on the rise, the companies that make us sick also prescribe our medications, women have less monetary worth in the eyes of big business, people face egregious sentences for dissenting opinion against our president, industrial agriculture pollutes our waters, and our foods are manufactured to generate profit rather than nourish. These are the results of design decisions.

It’s time to consider different approaches. Tricksters and their cunning intelligence are interesting models for design practice, but we should not forget that none of the characters mentioned are necessarily suitable as moral idols. So, if cunning intelligence might be valuable for designers as a way to counter the rationalistic tendencies in the field, we have to divorce it from its historical precedent and determine how to best use the framework of cunning without the ethical ambivalence.

I do not think we can represent this framework as a diagram or other visualization, as designers are so apt to do. Instead, Persistent Fools serves as a provocation for individual designers to think critically about the role of cunning in their practice and how to use cunning skill to change the conditions of their role as a designer, how they operate in the world as part of larger ecosystems, and how they responsibly wield the power of making ethical decisions about how the world works.

I see Persistent Fools as part of a much larger projects. The book asks a lot of questions and points out a myriad of problems but does not offer many answers or solutions. Many of the ideas presented are emergent and theoretical; they still need to be explored in practice on an individual level. Perhaps it will inspire you to do so.

Thomas Wendt is an independent design strategist, author, facilitator, activist, educator, and speaker based in New York City. He splits his time between client engagements and independent scholarship.

Thomas’s first book, Design for Dasein, deals with the relationship between experience design and practical philosophy. It explores the emerging practice of designing experiences through the lens of phenomenology, a philosophical perspective concerned with how humans experience the world. His second book, Persistent Fools: Cunning Intelligence and the Politics of Design, explores the role of cunning intelligence and deception to make more socially, culturally, and ecologically sustainable design decisions, as well as a means of resisting oppressive design.

Thomas speaks at conferences across the world and is published in both academic journals and practitioner publications on topics such as philosophy of design, design theory, sustainability, design research, design thinking, and the politics of design.

He also enjoys escaping to a remote cabin in the woods whenever possible, single malt scotch, and practicing yoga. 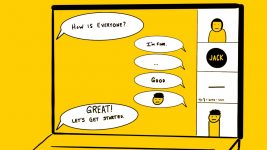 Remote working is not a digital problem. It’s a human one. 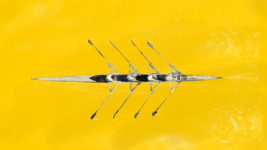