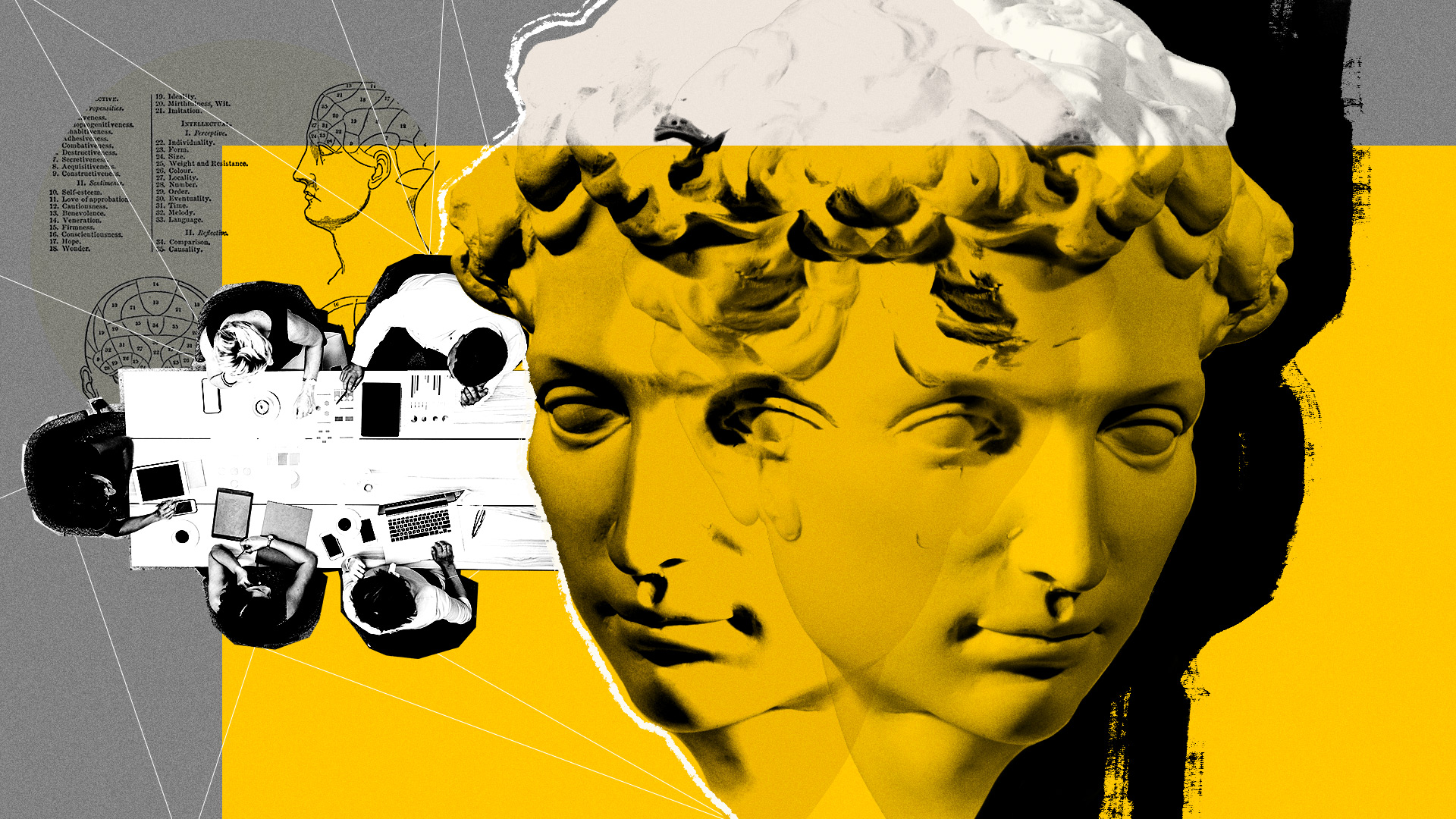 Hi. I’m Andy. I’m the CEO of The Design Gym. And I have functional depression.

I show up at work. I kick ass. I support amazing work for our even more amazing clients. I lead a team of 20+ truly hybrid, polymath bad asses. I have an amazing wife and two foster kittens. I make dope homemade ravioli. And day-after-day for years, I awoke telling myself that I was not living to my full potential, not accomplishing anything as impactful as what I saw in others and most certainly not living up to the expectations the world had for me.

This narrative worked pretty well for me for the first few decades of my life, providing a ‘tough love’ motivation to keep pushing, to keep reaching and to never get content with where I was. I’m sure some of you can relate – head down, work done, recognition received. This mentality rewarded me, helping me transition between different cities, different jobs and different levels of risk tolerance. But, about 18 months ago, I realized that it had become routine for me to wake up on the verge of tears, distraught with how failed I felt. It wasn’t until a passing conversation with a close friend about morning routines that I began to realize how un-normal this might be.

In a world that celebrates ‘hustle’ and cherishes the overnight success (never actually true), my regular anxieties were excused as the emotional tax required to start a business, work hard and build something (a narrative I still actively have to combat). My morning-meditations-turned-near-mental-breakdowns had simply become a daily manifestation of my mind and body grasping for any way to signal to my brain to slow down before I crash out of control. I projected scenes of what my life, my business and my relationships would look like if I was still living with this these narratives 5 years, 10 years or 20 years from now. Grimm to say the least – so I solved it the way I always knew how: head down and hard work. But this time, the recognition never came.

The Current State of Leadership

As author and executive coach Jerry Colonna captures in his recent book, Reboot: “The toughest aspect of being a leader—hell, of being an adult—is meeting the world as it is and not as we wish it to be. The demons of the world, the demons of your soul, require just one thing: your broken-open heart.” For many people, the image of leadership is often constructed from countless images implanted in our heads at a young age – power suits, scaling companies, big money and unwavering points of view. But rarely do we see mass portrayals of leadership in which self-awareness, deep reflection and humanity were broadcasted success traits.

The problem with this is that, when we’re leading from a place lacking deep self-reflection, we continue to carry the beliefs, insecurities and false narratives we’ve been using for decades. These things which once kept us safe, loved and successful are no longer serving our continued growth and success. These stale narratives begin to transform into anxieties and insecurities, which, when left unattended, simply begin spilling directly onto the laps of our teams, families and relationships.

Think that’s worrisome? We aren’t done yet. To take it a step further, when leaders are not doing that type of work on themselves, it’s likely they aren’t making space for their teammates to do it either. Humans are wired for things like safety, fear, protection and routine. When those fundamental human needs are not being addressed at a human level, you can guarantee people are spending a significant portion of their mental power worrying about them. They show up in the form of questions like: ‘Am I doing a good job?’, ‘Am I going to get fired?’, or ‘Am I smart enough to be doing this?’ In these instances, leaders are creating a work environment with very little room for psychological safety amongst their team, all the while expecting them to show up and move the business forward day-after-day. The notion that work is not a place for emotions and deep reflection fails to recognize that, at the end of the day, we’re all human – and that is simply not how we operate. In fact, I believe this exact tension is what has led to the burnout culture and vast workforce disengagement that defines our working world today.

The Business of Mental Wellness

I realized this tension in my own leadership style when I began recognizing the gap between the leader I always thought I should be and the leader I had actually developed into. Specifically, my red flag moment was realizing that it was impacting those that I was closest to – my Co-Founder and my wife. As I scrambled for my own personal self-definition and story of success, I was actually pushing myself and my team farther away from achieving it. Mood swings, strategy shifts and the pursuit of vanity metrics were just masking emotions of self-doubt, fear of whether I was doing enough and questions of personal impact.

However, through a variety of steps taken over the past year that I won’t get into here, things have improved. Major realizations— like figuring out that ‘leadership’ is not a chapter that reads like previous chapters in my life and that putting my head down and working through it does not produce the same results that it has in earlier years—have been hard to come to terms with. The leader I am now is actually quite different than the leader I always thought I would become, and it has taken substantial vulnerability to get to this place of defining the undefined. How do I move forward as the leader (and person) I am instead of who I thought I would be?

A few months ago, I went for a walk with a close friend, whom I know has struggled with serious depression for nearly 20 years now. I asked her how that topic was introduced and discussed in her workplace and with her bosses. She said only once had she brought it up to a boss, and it was only because she needed permission to visit her doctor on a semi-regular basis. After that, the topic was never discussed again. It broke my heart, knowing that for 8+ hours a day, this person was unable to show up as her fullest self. Not just the smiling face, accomplished resume, hard working side of her, but also the broken open, trying-to-figure-shit-out version of her. Yet, though she could only bring 50% of herself to work, she was being asked to operate at 110% in her work duties. It became clear to me the responsibility I had for my own workplace: to bring transparency to the difficult (and typically unacknowledged) topics amongst my team and awareness that this uncomfortable conversation was one that needs to be more comfortable for us. In various forums, I’ve begun opening up on the topic of mental wellness with my team, and in return have been gifted with their own personal experiences and stories, as well as conversations of mutual support in how to create working lives around and within it. I’ve been able to talk with clients about these topics, which has led to a level of work that is more gratifying and impactful than any I’ve seen before.

As leaders, it is our role to create safety for our team. Clearing calendars, renting nice offices and structuring budgets are the most obvious ways of doing this, but they are not the most complex or impactful. It is the deep work of psychological safety that truly unlocks someone, and it is in those moments that you are able to see the best work from your team. So, ask yourself – what’s the thing distracting you from your best work right now? And further, what if everyone else on your team has a similar distraction or fear that’s impacting their work, but no one is talking about? Step up and try to make the uncomfortable comfortable.

“As leaders, it is our role to create safety for our team.”

As a final note, I want to address the very natural fear that one might have in bringing this level of vulnerability to their team – will this diminish my team’s perception of me as a leader? The role of a leader is not just one of driving the bottom line, but rather one of representing something to others that the world needs most – in both the form of your business and the form of yourself. In today’s state of political and cultural unrest, fully accepting those responsibilities has never been more important. As leaders of organizations, we have the ability to influence and shift perspectives on a variety of topics every single day, making (in my opinion) the leadership community one of the most underutilized populations for systemic change at all levels. But that work only begins if our leaders are creating new conversations for themselves and for their teams. So, does it diminish your leadership credibility with your team? Perhaps in the old-world definition of a business leader, but I’d say it’s about time to re-define that image for a new age of living and working.

*Note: if you’re interested in hearing more about my journey and need a comfortable outlet to talk about living and working with depression, self-doubt or anxieties, you are always welcome to reach out directly to my personal email address [email protected] I’m no expert. I don’t claim to be the most severe example of this struggle, nor have I figured it all out. But I do know having a place to start talking about it is valuable. Happy to share my journey and hear yours too.

The Design Gym is a strategy and innovation consultancy helping leaders to grow their business by fully unlocking the power of their most important asset: their people. We work at the intersection of business strategy, experience design, and change management to engage the people that matter most to your work: your customers, your leaders, and your employees. Andy Hagerman is one of the co-founders and partners at the organization and is based in Beacon, New York. See something that resonates with a project or challenge you're working on? Shoot me a note at [email protected]. I’d love to connect. 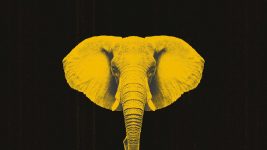 Change is Uncomfortable: How Carlyle Brown Invites Conversation on Race